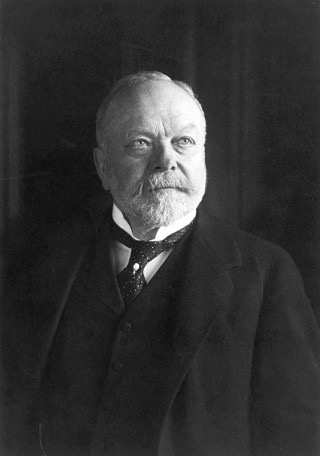 Rudolf Mosse’s business leadership and industry foresight created a phenomenally successful publishing and advertising enterprise in Germany from 1867 through early 1930's. The enterprise published 130 Newspapers and Journals, which included the “Allgemeine Zeitung des Judentums”, and the Berliner Tageblatt (created in 1872) edited by Theodore Wolff. During his lifetime, Rudolf and his wife, Emilie engaged in numerous charitable and art related activities. Beneficiaries included educational and public institutions throughout Germany. Rudolf and Emilie were recognized with an honorary degree from the University of Heidelberg. They founded a home for children of impoverished families, the Emilie- und Rudolf Mosse-Stiftung. They opened a hospital in Graetz and established an insurance fund for all of Rudolf’s employees. The Mosse family were also recognized as leaders of the Berlin Jewish Reform Community. Located in Potsdamer Platz, the Mosse Palais erected between 1881-1885, housed the distinguished Mosse Art Collection. The building was destroyed in 1945 during an air raid and a new Mosse Palais was constructed in 1998, designed by US architect, Hans Strauch (HDS Architecture), a Mosse descendant by marriage. 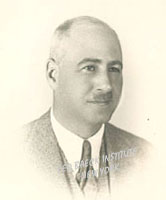 From his first marriage, Hans Lachman-Mosse had three children, Rudolf, Hilde and George (formerly named Gerhard). Hans later married Carola Bock, (daughter of German writer, Alfred Bock), who had a child, Karl Strauch from a former marriage. Hans’ oldest son, Rudolf, had a daughter, Joy, who along with her mother, Jutta, are descendants of the Mosse Family residing in the United States. Hans’ other children, Hilde, George and Karl were exiled and emigrated to the United States. They became prominent representatives of the Mosse Family with extraordinary achievements in their respective fields, history, child psychiatry and particle physics. 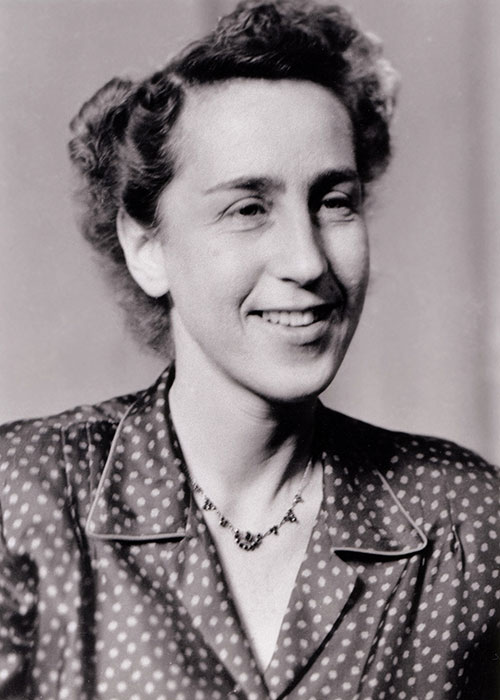 Dr. Hilde L. Mosse, studied medicine at the University of Basel. Hilde immigrated to New York in 1938 where she lived and worked until her death in 1982. She spent 30 plus years addressing the issues associated with learning and psychiatric maladies of children. Hilde was well known in both Europe and North America for her clinical and published work on childhood depression, the effects of mass media on children, violent behavior in children and reading disabilities. In 1964, she returned to Germany as a Fulbright Professor in Child Psychiatry at the University of Marburg. She was a fellow of the American Psychiatric Association, the American Psychiatry Association, The American Orthopsychiatric Association and the New York Academy of Medicine.

While practicing child psychiatry in Harlem, New York, Hilde co-founded the La Farge Clinic, the first children’s mental health clinic on the East Coast of the United States. Dr. Mosse published numerous articles on childhood behavioral disorders which appeared in American and German journals. Hilde’s most notable publication, The Complete Handbook of Children’s Reading Disorders, describes an interdisciplinary approach to diagnosis, treatment and prevention of reading disorders. In 1980, Dr. Mosse received the Watson Washburn Memorial Award for excellence in education by The Reading Reform Foundation in Houston, Texas for this published work. Dr. Mosse’s commitment to serving the economically disadvantaged and the emotionally troubled without regard to race, color or creed continues through the work of the Northside Center for Child Development in New York City. Roger Strauch, a Mosse descendant by marriage is a board member of Northside.

In 2001, Gordon A. Craig, J. E. Wallace Sterling Professor of Humanities, Emeritus Stanford University, published an essay, “An Appreciation of George L. Mosse” where Dr. Craig describes George’s pursuit to understand the German-Jewish intellectual’s identity. As a historian, George felt he was called upon to explain the fate of the Jews in Germany and specifically, why it was that the more the Jews came to resemble the Germans the more they were rejected by them. The ideals of Bildung lived on but were fatefully challenged. George was a self described, “eternal emigrant”, a man who was driven to analyze the culture into which he was born and the forces that had compelled him to leave it. As a professor and historian, he provided students and apprentice historians advice and counseling above and beyond traditional teaching. George imparted upon them his own critical method and his openness and tolerance of diverse political, religious and social points of view.

George’s notable publications include: The Crisis of German Ideology, Intellectual Origins of the Third Reich (1964), Germans and Jews (1970), and Nationalism and Sexuality (1985). His monograph Toward the Final Solution: A History of German Racism (1978) investigates the racist stereotypes and anti Semitic images of the enemy. Masses and Man (1980) deals with mass hysteria and the fascist perceptions of reality.

George frequently returned to Berlin after the fall of the Berlin Wall in 1989. George oversaw the restituted property of the Mosse family and the preservation of the family’s legacy in the reunited Germany. During his visits to Berlin, George provided interviews where he discussed past and present Mosse undertakings, which were then published under the title I Remain Emigrant. Upon his death in 1999, George bequeathed his portion of the Mosse estate to the University of Wisconsin.

Shortly after his death, George’s autobiography, Confronting History, was published which provided a retrospective view into his private and professional life as a Jew and homosexual.

Karl Strauch was born in Giessen, Germany. His father, George Strauch, was a Lutheran minister and his mother, Carola was a divinity school graduate. George died of an infection only weeks after Karl was born. Carola later married Hans Lachmann-Mosse and the family were exiled from Germany in the mid-thirties and took residence in Paris where Karl earned his baccalaureate. In 1939, the family immigrated to Lafayette, California. Karl served in the US Navy from 1944 to 1946. He earned a degree in Chemistry and a PhD in Physics from the University of California at Berkeley in 1950. That year, he was elected to Harvard’s Society of Fellows and was appointed to the Harvard Faculty as Assistant Professor, became the George Vasmer Leverett Professor of Physics in 1975 and served as Chairman of the Harvard Physics Department from 1978-1982.

Karl chaired two committees that significantly impacted the policies and culture of Harvard. In 1975 the Strauch Committee recommended the merger of Harvard and Radcliffe's admissions offices and the institution of an admissions policy of equal access for women. This recommendation was approved and instituted beginning with the Class of 1980. He also chaired the committee effort to build and establish the Science Center, the first multi-disciplinary science building in the College, and continued as the chair of the Faculty Executive Committee that oversaw the operation of the Science Center from its opening in 1972 until 1975. Karl and his wife, Maria, had 2 children, Roger and Hans Strauch. Roger and Hans are trustees of the Mosse Foundation. Hans is an architect in the Boston area. Roger is a high tech venture capitalist in the San Francisco Bay Area. 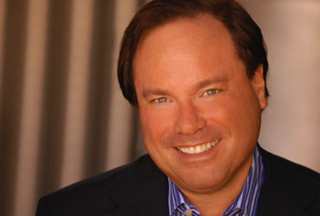 Roger Strauch is Chairman of The Roda Group, a seed stage venture capital group, based in Berkeley, California. His firm, co-founded in 1997 with Dan Miller, provides entrepreneurs the resources, environment, and guidance to launch and grow their high technology businesses.

Mr. Strauch is Chairman of the Board of Directors of Cool Systems, the manufacturer of Game Ready, a medical physical therapy system.

He was the first CEO and former chairman of Ask Jeeves (now Ask.com) a leading search engine on the web. Mr. Strauch was a board member and former CEO of Symmetricom, a public telecommunications equipment manufacturer. In 1983 he co-founded TCSI Corp., a telecom software company. As TCSI’s chairman and CEO, Mr. Strauch led the company from a start-up to a successful IPO in 1991 and secondary public offering in 1996. Prior to TCSI, he was a communications system engineer and project manager for Hughes Aircraft's (now Boeing) Space and Communications Group.

Mr. Strauch is a member of the Madison Council, a philanthropic advisory board to the Librarian of Congress. He is also on the Board of Trustees of the Northside Center for Child Development, a mental health social services agency in Harlem, New York City. In 2013, Roger accepted the Mamie Clark Award in honor of his aunt Dr. Hilde Mosse, one of the first caucasian child psychiatrists to work in Harlem.

Mr. Strauch is the Chairman of the Paros Foundation which supports arts and education organizations in Armenia. Roger co-founded and was an owner of ICON Communications, a broadband ISP in Armenia utilitizing WiMax technology. He is a Life Trustee of the Armenian Assembly of America.

For forty years, Roger has been a licensed amateur radio operator - he holds an extra class license. His current call sign is KD6UO and it was WA1KZE.

Mr. Strauch earned a Bachelor of Science degree, with distinction, from Cornell University and Master of Science degree from Stanford University, both in electrical engineering. He holds two patents in the area of wireless communications. The estate papers of the Mosse family are currently preserved in the Leo Baeck Institute in New York. The Mosse Foundation resides in Berkeley and is represented by three trustees, high technology entrepreneur and investor, Roger Strauch (Berkeley, CA), architect, Hans Strauch (Cambridge, MA), and the attorney Henry Muller (New York, NY). In cooperation with the Fritz Thyssen Stiftung in Cologne, the Mosse Foundation supports the Berlin Mosse Lectures at Humboldt University.

The annual Berlin Mosse Lectures have become a major intellectual institution in the German capital drawing large audiences and garnering national recognition. They preserve and reinvigorate a major German-Jewish tradition in today’s Germany.